All the Perils of This Night 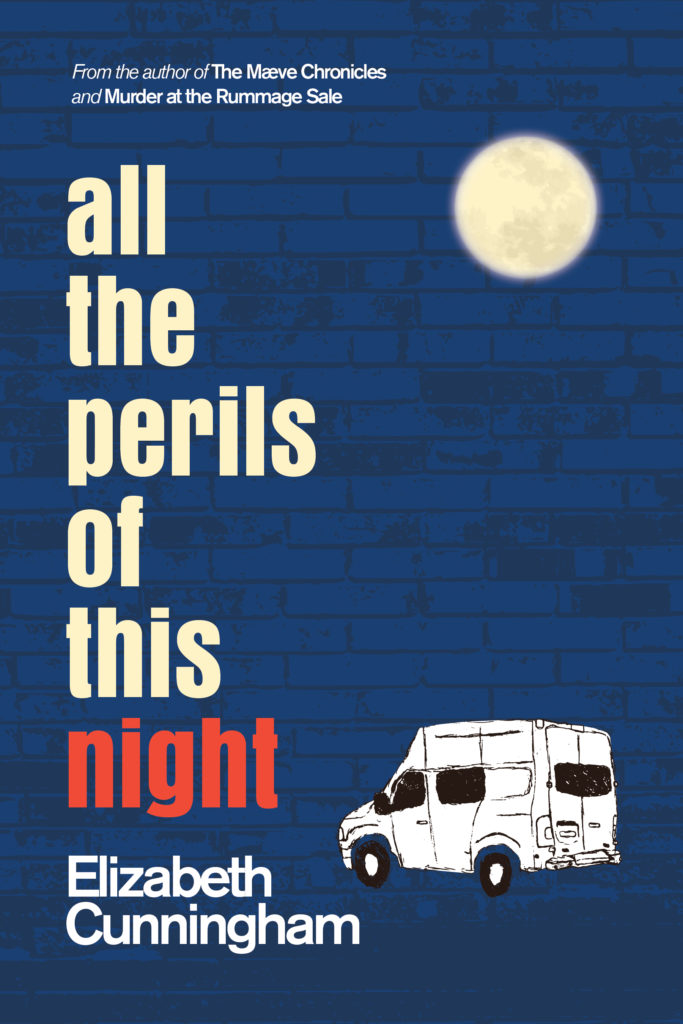 When young Katherine vanishes without a trace while visiting relatives in London, her godmother’s strange, often terrifying dreams may be the only clues that can save her: Katherine has been abducted and forced into sexual slavery in a highly exclusive gentleman’s club whose powerful members will stop at nothing to protect their sometimes lethal secrets.

In their increasingly perilous quest to find her, all the adults in Katherine’s life must confront the secrets they keep, even—or especially—from themselves.

From the racial tensions of 1960s America to the seamy underbelly of mod London, All the Perils of This Night offers a vivid flashback of a tumultuous era and a window into a surprising and magical reality. With a Dickensian mastery of character and plot, Cunningham sounds timeless and timely themes-innocence and loss, guilt and redemption, slavery and liberation, and love across racial and gender boundaries.

A smart and twisted literary thriller, one of the best of the year. I dare you to read the first few pages and then try to put this book down!
Steve Hamilton, Edgar-winning author of Dead Man Running
Elizabeth Cunningham has done something rare and special in mystery writing. Mysteries fall into several subgenres, such as “locked-room” or “international thriller” or “courtroom suspense.” Some writers will switch sub-genres in different books. But this is thefirst time I’ve ever seen a writer move the same cast of characters to a radically different kind of setting and story. Elizabeth Cunningham has taken the small-town cast from Murder At The Rummage Sale and brought them to a story that is not only on a much larger stage—London in the 1960s—but also to a world that is far darker, more disturbing, with a young woman’s life and soul in the balance. Remarkable book.
Rachel Pollack, author of The Beatrix Gates

All the Perils of This Night is not a cozy mystery but a dark, complicated thriller, at once shocking, suspenseful, and significant.

The novel features all Elizabeth Cunningham’s virtues: propulsive plotting, a rich brew of the religious, magical, and naturalistic, a female-centered story with characters who are sharply delineated, absorbingly developed, and interestingly re-arranged, psychological perception and spiritual aspiration. It is lucidly written and it draws you in.

It stands on its own but the book is also a sequel. The cast from Murder at the Rummage Sale is back, seven years deeper into the Sixties. It’s 1968, the decade’s climax, the year of protest, schismatic politics, assassinations, strikes, riots, social change, and much indelible music. Most changed, of course, are the two young people, Katherine and Frankie, who have doubled in age. Fifteen-year-old Katherine Bradley is at the center of the action as both victim and protagonist.
She endures trauma, abuse, ordeals, and parental discord; she discovers Aretha Franklin, new friends, a good deal about resilience, love, courage, and herself. She lives out fulfilled fantasies and survives realized nightmares.

Katherine’s adventures have two settings, her hometown in upstate New York and the underside of a Sixties London that isn’t swinging but frighteningly decadent and corrupt. The book recalls Dickens, J- K Huysmans and even the
Marquis de Sade, at other times, it feels like an idyll out of Narnia or the legends of Robin Hood.
All the Perils of This Night mixes the public with the intimately private, scandalous revelations with consoling love, the lurid with the pastoral, the adult with the adolescent, and it all reaches a satisfying denouement. In this darker, deeply imagined sequel, Cunningham again offers her readers a richly complex and
gratifying experience.

More on All the Perils of This Night

Music is a key element to the plot of All the Perils of This Night. Katherine grows up singing in the church choir under the …

FEMINISM & RELIGION—All the Perils of this Night: a preview by Elizabeth Cunningham